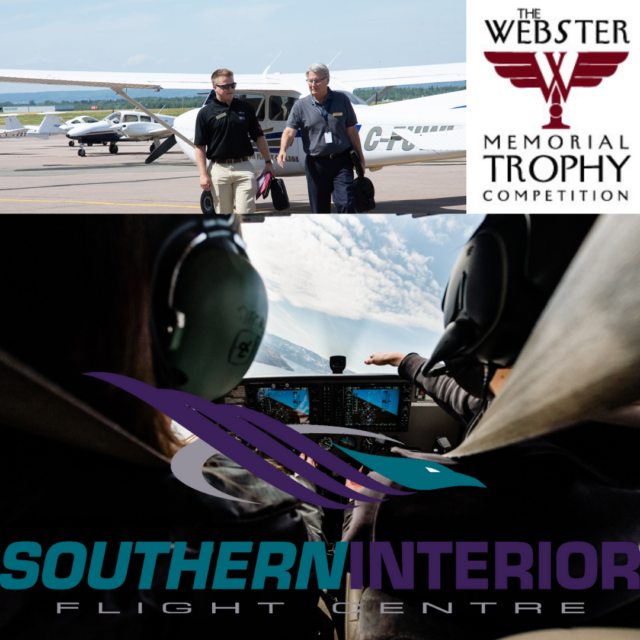 Come join us in Kelowna!

The Webster Memorial Trophy Competition is excited to announce that the 2022 competition will be hosted by Southern Interior Flight Centre (SIFC) of Kelowna, British Columbia from 22 to 28 August 2022.

2022 is the Webster Competition’s 90th anniversary and promises to be a triumphant return following a two-year hiatus due to COVID-19. Marc Vanderaegen, Flight School Director of SIFC is looking forward to welcoming the team and finalists, “Our team is over-the-top excited to have the 2022 Webster Memorial Trophy competitors showcase their skills by commanding our modern aircraft fleet in the unique and challenging mountain training environment we operate in! We hope competitors enjoy and forever remember the time they spend soaring above the hidden gem we call home, the Okanagan Valley of BC.”

“Over the past two years the Webster Team has worked to assess the needs of the modern competition, and we will be sharing changes to our format and qualification requirements in the near future.” Says Laura Matheson, Co- Administrator of the competition, “We would also like to thank our many sponsors and supporters for their support through the past two years and for their continued support as we return to flying and competing.”

The annual Webster Memorial Trophy Competition is committed to identifying Canada’s Top General Aviation Pilot. It has operated since its inception in 1932, interrupted only three times (first by World War II; again in 1954 due to rising administrative costs; and most recently in 2020 and 2021 because of the COVID-19 pandemic). The competition is named after John Webster Jr., a civilian pilot who participated in the 1931 Trans-Canada Air Pageant. In July 1931, John flew his Curtiss-Reid Rambler representing Canada in the King’s Cup Air Race in England. A month later, while in St. Hubert, Québec practising for an aerobatic display as part of the pageant, John was involved in a fatal aircraft accident. John’s father (Dr. John C. Webster, of Shediac, New Brunswick) established the John C. Webster Memorial Trophy Competition to perpetuate his son’s memory.

Southern Interior Flight Centre is a division of Carson Air and owned by Exchange Income Corporation (EIC). SIFC is also partnered with Okanagan College as part of their Commercial Aviation Diploma program. For more information on SIFC, please visit their website at www.flysifc.ca.

For the most up to date news on this year’s competition, including application information and deadlines, visit the Webster Memorial Trophy Competition website at www.webstertrophy.ca or @webstertrophy on Instagram and Facebook.