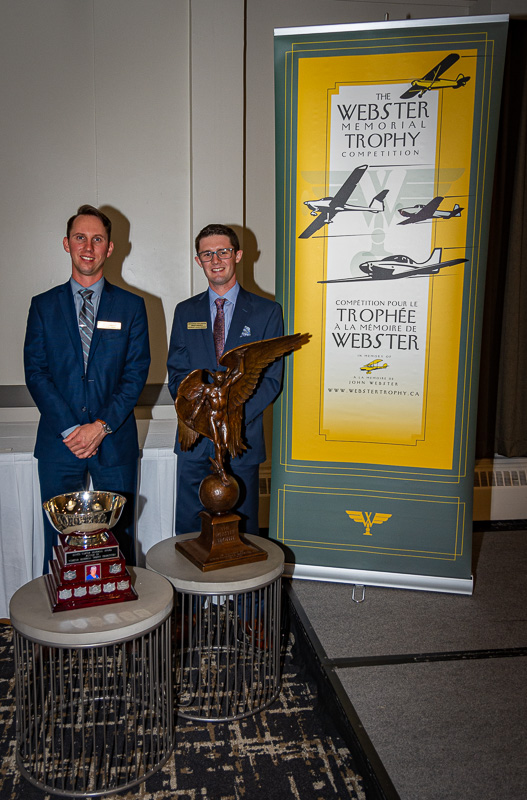 Brady Parcels (right in the picture), of Moncton Flight College, is the 2019 winner of the Webster Memorial Trophy and Canada’s Top Amateur Pilot.  He had the highest aggregate score across the aeroplane and simulator flight tests, written examination, and interview.

Dmitri Komarov (left in the picture) of A.L.M. Par Avion in Saint-Mathieu-de-Beloeil, Québec was the runner-up and will have his name inscribed on the Eunice Carter Memorial Trophy. Dmitri also won the Redbird Award for achieving the highest score on the evaluation conducted in the Redbird simulator.

Brady and Dmitri were two of the 8 finalists who participated in our national competition hosted at Moncton Flight College, in Dieppe, New Brunswick.

In addition, Wesley Li of Montair Aviation in Pitt Meadows, B.C. won the NAV CANADA Trophy for achieving the highest score among all applicants on NAV CANADA’s written examination.